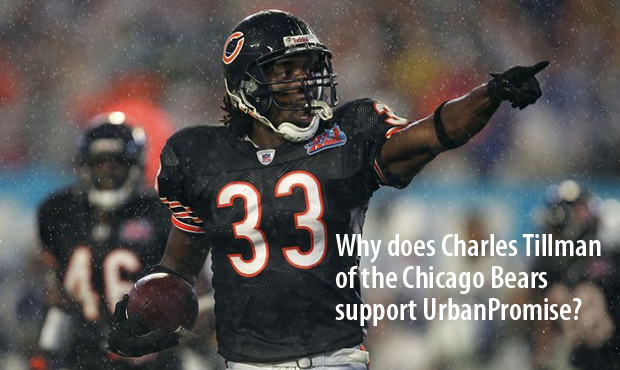 "Our family first learned about the work UrbanPromise is doing on the 20/20 Diana Sawyer Special about children in Camden aired in January 2007. Since that night we have supported UrbanPromise in prayer and financially.

We believe in education and hard work!  We love that UrbanPromise promotes both in a Christian context. 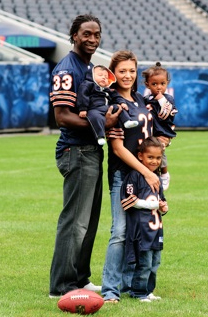 We have had the pleasure of getting to know the youth we sponsor through the Partner Program at UrbanPromise Academy.

We know the work that's being done at UrbanPromise is helping the community of Camden.  That’s why we have stuck with UrbanPromise all the way from Chicago!"

Charles Tillman leads the Bears with 22 interceptions since being drafted by Chicago in 2003, including 18 over the previous five seasons.  His 21 forced fumbles since 2003 are the most in the NFL amongst cornerbacks.  In 2007, Tillman was nominated as finalist for the prestigious Walter Payton Man of the Year Award, which recognizes players who have performed extensive charity work. Tillman and the Bears will take on Greenbay this Sunday to earn a spot in the 2011 Super Bowl.

He and his wife, Jackie, have three children. Tillman's Cornerstone Foundation mission is to help improve the lives of critically and chronically ill children throughout Chicago.